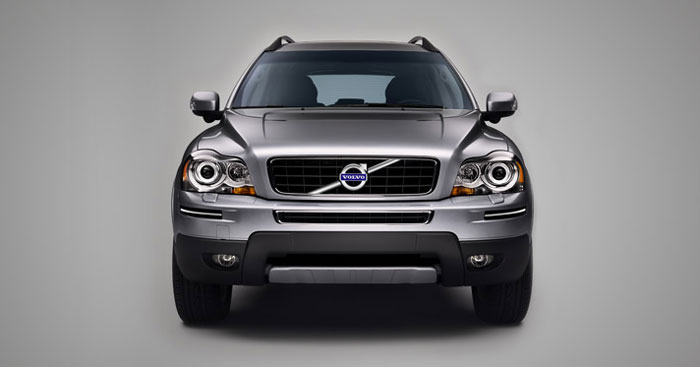 The Volvo XC90 is a full seven seater car. Passengers in all seats are equally well catered for. There are eight different specifications to choose from ranging in price from £35,000 to £44,000. In some respects the XC90 is starting to show its age having first entered production in 2002 and competitors such as BMW with the X5 and Land Rover with the Discovery have better engines, better fuel economy, better styling . But they do cost more and at this price point the XC90 still offers a lot for the money.

This is a very practical seven seater SUV. There is a lot of useable space and if you need to frequently use seven seats it has to be a contender. With all seven seats in use there is 250 litres of boot space available.  Fold the back row down and there is 650. The split tailget makes it easy to load larger items.

What can we say…

It’s a Volvo. A company that has built it’s reputation on building solid, safe cars. The XC90 achieved 5 stars in the Euro NCAP tests. There are two front and side airbags and a curtain airbag that extends down the length of the car. There is the usual active safety equipment as well such as stability control and innovations such as anti-whiplash front head restraints. 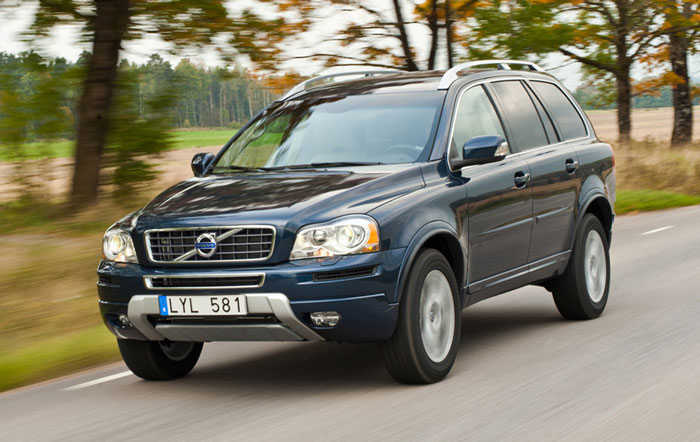 Almost all buyers of this car used to opt for the D5 2.4 litre diesel engine so Volvo has made the decision simple on the new model and only offers that one engine with a six speed automatic gearbox. this engine develops 200 bhp which performs adequately on such a large car but don’t expect blistering performance. 0-62 mph is 10.3 seconds and top speed is 127 mph. Combined miles per gallon is 34.

The driving position is extremely comfortable in the large well padded seats and the driver has a commanding view of the road thanks to the ride height of the vehicle. The XC90 sacrifices some degree of road holding and driving experience to comfort with soft suspension.

The ride in the XC90 is smooth. All seven seats are comfortable. The boot seats even have a centre console and air conditioning controls.Whilst road noise is generally minimal the diesel engine can be noisy at high revs. 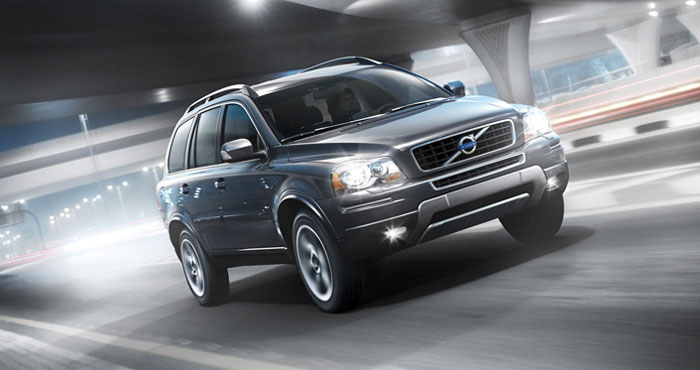 Owners have consistently rated the XC90 as good for mechanical reliability in JD Power surveys.

These are going to be relatively high. Whilst the car costs less than it’s rivals in the seven Seater luxury SUV class even the most popular 2.7 litre engine will only just make it above 34 miles per gallon.

What was once the leader of seven seat 4×4 s is struggling to hold its place amongst growing competition from both luxury German and Korean manufacturers. The XC90 does however have a kind of timeless elegance and it’s quality and comfort cannot be faulted. Purchase price is also veey competitive.